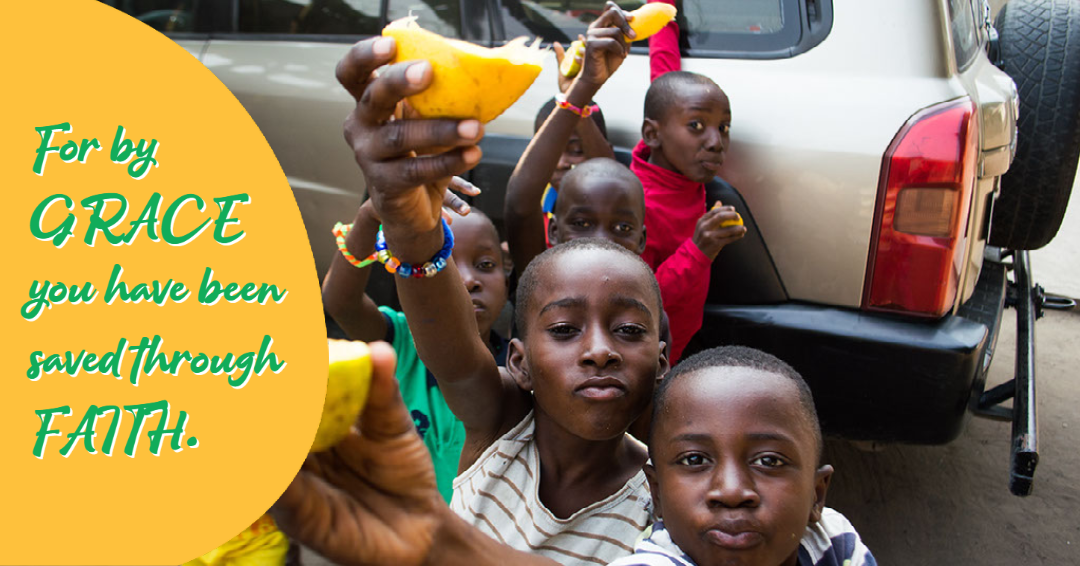 A couple of years ago Elizabeth’s husband was very sick and Christ’s Hope knew of his condition and needs. The Care and Compassion team visited him regularly and by God’s grace he is now healthy and doing well. In the meantime, however, Christ’s Hope considered Elizabeth’s children, Freddy and Tim, to be vulnerable because of her husband’s inability to work and the possibility that they may become orphans. The boys were welcomed into the local CarePoint.

Soon after, there was a group from the U.S. who went on a Mission Trip to Africa to lead a Family Camp at the same local CarePoint that Elizabeth’s sons attended. There were over 650 people who came to learn about the Lord, have meals and also have fun. There were classes for all of the children in the community and there was also a class for all of the parents so Elizabeth decided to attend. The class for the parents was on grief, since most of them had faced the loss of one, if not many children and loved ones. These classes were to help teach that God is the only one who can comfort us, keep us and give us lasting hope for the future.

After class one day at the Family Camp, Elizabeth approached one of the leaders that came from the Mission Trip. She confessed a history of sin and was so burdened about her past and how no matter how hard she tried she was unable to stop sinning. She knew she needed to call upon the Lord Jesus Christ as her Savior and that He was her only hope in the battle against sins past, present and future. Elizabeth asked for the leader’s help and so they cried out to the Lord in confession and repentance and they begged Him to save her! Elizabeth cried tears of joy and was finally able to rejoice! Elizabeth was saved that day!

Soon after, Elizabeth and her husband (the one who was helped by Care and Compassion) decided to sell some of their land to Christ’s Hope which was going to provide a place for a large Community Center. This is now a place where 250 sponsored children can go to learn about the Gospel, eat nutritious meals and socialize with other local children! God used Elizabeth and her story in amazing ways so soon after He had saved her.

God used Elizabeth’s husband’s sickness for good so that her sons, Freddy and Tim, would be welcomed into a CarePoint. He then used that same CarePoint to bring in the Family Camp which would help show Elizabeth her sin, cause her to repent and ultimately change her life and make her a new creation. Lastly, he used Elizabeth and her husband to make a place for 250 children to go and be fed both physically and spiritually. He is faithful and He cares about all of the big and little details.

*For their safety and privacy, their names have been changed.